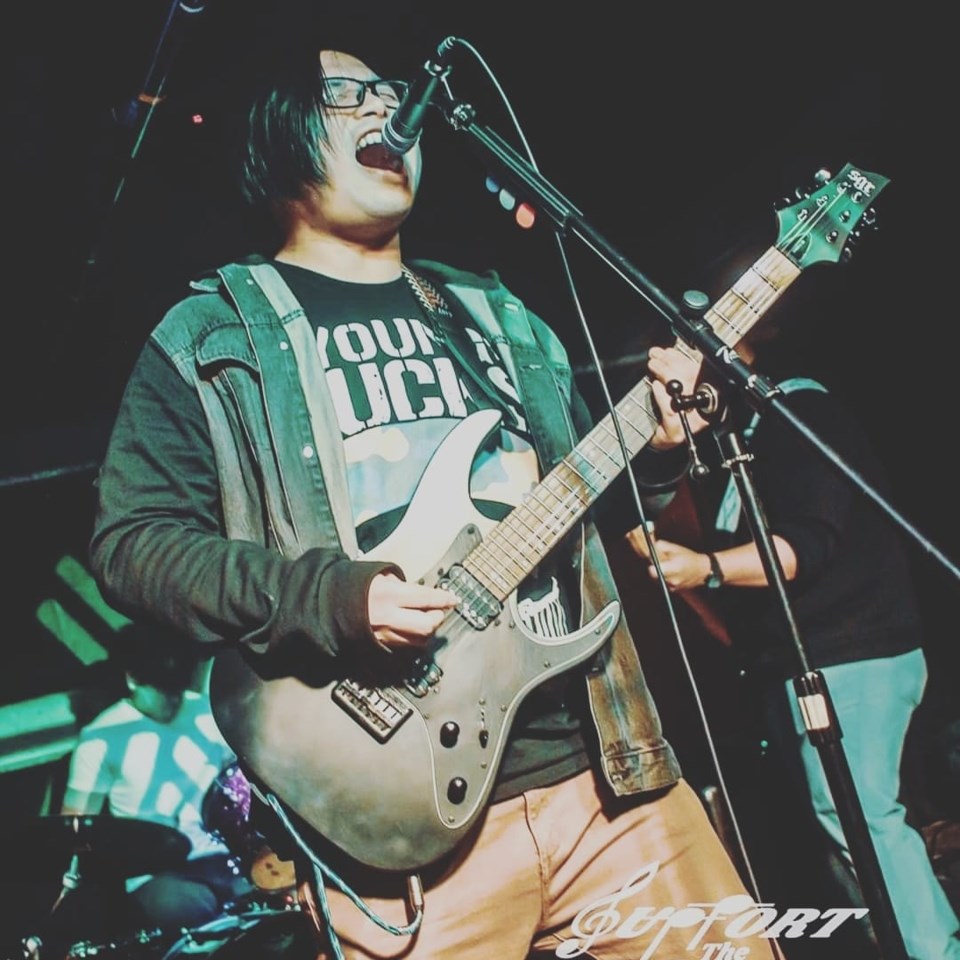 Eddie Lam is a Burnaby musician and frontman for the all-Asian rock band Cry of Silence. He's found a new audience during COVID-19, thanks to TikTok and Instagram.Jade Weekes

It certainly wasn’t the year Eddie Lam expected to have.

But, looking back on the year of the COVID-19 pandemic, the Burnaby musician is feeling surprisingly grateful.

“Even though 2020 was such a terrible year to go through, at the same time I do have to look at some positive outcomes,” he says. “If it wasn’t for this thing happening, who knows?”

He laughs a little as he speaks because he’s well aware of the way the pandemic wreaked havoc with the live music scene. As the front man for the Vancouver all-Asian rock band Cry of Silence and a member of the Vancouver cover band the Naturals, with whom he’s created the live band karaoke experience Rockaoke Live, he knows how much value live performance brings. Not to mention there’s also his life as a solo singer-guitarist-pianist and the variety of gigs he usually plays at local outdoor events.

COVID-19 stopped all of that in its tracks.

“I was a little bummed out, just for a little bit,” he says. “We had all these live shows planned. I was looking forward to playing all those summer festivals and everything.”

So he did what many musicians found themselves doing: he went virtual.

“The only alternative I could think of was posting stuff on YouTube,” he says.

He started simply enough. He was supposed to sing O Canada for a hockey game in Surrey in March; when that got cancelled, he recorded himself singing O Canada and posted it on YouTube.

That got a good reception. And it also got Lam thinking about what else he could do online.

“I had to concentrate even to figure out the technology – how I could livestream myself and all that,” he says. “It’s been such a great experience.”

TikTok: A new world thanks to COVID-19

For a musician who has always focused on his local following on the Vancouver music scene, COVID-19 pushed him to shift that focus.

“What the pandemic life has pushed me towards is actually showcasing myself to the entire world,” he says.

It was on TikTok that he discovered an unexpected niche when, on a whim, he decided to record short videos to teach people how to play an array of songs on guitar in just under one minute. His offerings run the gamut of styles and eras – think Elvis, Johnny Cash, Bob Dylan, Rihanna, Pearl Jam, U2, Tom Petty, Destiny’s Child and even a little Wham! for good measure.

Once he hit the 1,000-follower mark on TikTok and was able to livestream himself, Lam realized his audience had become virtually limitless.

Several weeks in to his TikTok journey, one of his good friends told Lam he was trending on the #musiclessons hashtag. And there he was, with his tutorial for Tom Petty’s Free Falling on the front page, being viewed by thousands of people around the world.

“I’m still mind-blown about this whole thing, too. It’s insane,” he says.

Lam also dove into the world of podcasts, and he’s now doing a regular music podcast called MusicTalk Mondays – where he offers up commentary about a range of pop culture topics, along with tutorials on subjects such as how to practise your guitar more effectively or how to play particularly tricky chords (check out the episode devoted to The Dreadful F Chord if you want to learn his personal top three favourite ways of playing it).

Lam has even found himself interviewed, in turn, by podcasters from the U.S., opening up more chances to connect with a wider audience.

On Instagram, he connected with a musician based in Florida who runs virtual open mic nights, where Lam was able to play live in front of a worldwide audience of people whom he’d never met. Many of those people became his followers, and he in turn followed them back.

In all of his virtual endeavours, he’s trying to build connections between not just himself and other musicians but between his audience and their audiences.

“I actually want to create a community as well, not just a fandom,” he says. “It’s not like people going, ‘Look what Ed’s doing.’ It’s more like, ‘Hey, you guys should follow this guy and this guy and this person on social media.’ I always feel like people want connections. That’s what I want to do.”

Around all of those projects, Lam is continuing to work as a music teacher, teaching both over Zoom and at an East Vancouver music school, where he instructs beginner guitar, beginner piano and a little singing as well.

“Because I can’t do live shows right now, that’s the only thing I can do,” he says.

He’s looking forward to being able to play live again, both with his bands and solo. But even if 2021 and 2022 prove more fruitful on the live performance front, Lam has no intention of leaving behind the skills he acquired in 2020.

He’ll continue his work on social media, and he’s keen to figure out ways to livestream himself to his online followers while performing locally at some hopefully not-too-distant date. He’ll keep on working on his recording skills and his music editing skills, both of which he’s found himself using far more often over the past year.

“You’ve gone through this weird adventure, but once that adventure is over, you’ve upgraded yourself, and you’re going to take on a new era of new and improved self,” he says, “which I think is an exciting feeling to have.”